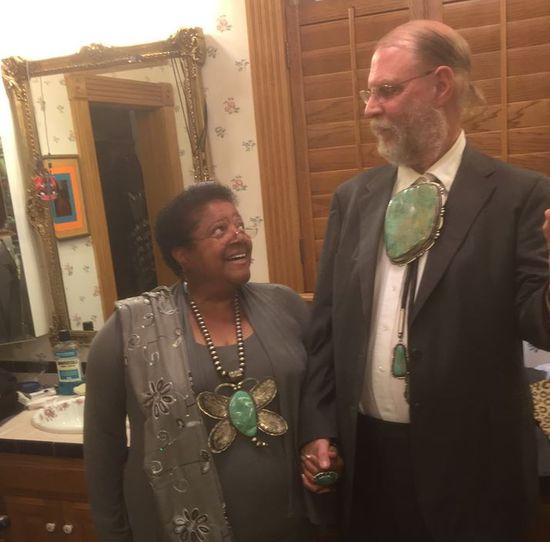 I was messaging with someone a few days ago who had also recently lost someone and they asked me how I had coped with the situation. Here's what I told them.

This is pretty raw.

Don't read it if you don't want to experience some strong emotions.

Ok, first there is the anger. The irrational anger at the abandonment. Why did you leave me. What did I do wrong? I'm so angry at you for leaving me.

Then there is the guilt. What could I have done differently so this didn't have to happen. It's all my fault. I could have done this or this or this and you would still be alive.

Both the anger and the guilt are the result of the feeling of powerlessness every human being feels when he confronts the reality of his own death or the death of a lover.

The anger and the guilt are coping mechanisms. The reality of the situation is too awful to understand and face, so we substitute other strong emotions (anger, guilt) to distract us from the pain we are feeling.

Sometimes you just have to cry. Sometimes that's the only way to get it out.

I'm over the anger and guilt. I've processed those. I understand them. That's the copying mechanism my mind tries to use to take my mind off the feeling of powerlessness in confronting the ultimate reality of death.

At this point, what I am feeling is primarily loss. I miss her. I spent 33 years with her. She knew me. She loved me anyway. I don't have my best friend to talk to anymore and I never will again. I would give anything to have her back again.

Sometimes I don't want to get out of bed in the morning. I hear a voice saying "I wish I was dead. I wish I was dead. I wanna be dead." over and over again. But I force myself up and generally I have found that those first few minutes of the day are the hardest after I have awoken from dreaming about her. If I can just make myself get up, I can get through the day.

That's what works for me. Sometimes I have a relapse or a trigger and I relive the anger and guilt but I can always get back from that. I know how to handle that now. It re-occurs every few weeks or months and they are diminishing in intensity.

I think there is a half-life to pain. Do you know about radiation and nuclear isotopes? That's the physicist in me talking. I think that pain has a half life. After a year you have 100 units of pain, after two years maybe 50 units, after 3 years maybe 25 units.

The pain never really disappears entirely but it diminishes and you can learn to live with it.

Dr. Pickens and Hugh Pickens celebrated 33 years of marriage before Dr. Pickens passed away in 2017.

Hugh Pickens (Po-Hi '67) is a physicist who has explored for oil in the Amazon jungle, commissioned microwave communications systems across the empty quarter of Saudi Arabia, and built satellite control stations for Goddard Space Flight Center in Australia, Antarctica, Guam, and other locations around the world. Retired in 1999, Pickens and his wife of 33 years moved from Baltimore back to his hometown of Ponca City, Oklahoma in 2005 where he cultivates his square foot garden, mows seven acres of lawn, writes about local history, photographs events at the Poncan Theatre, produces the annual Oklahoma Pride series with his wife at Ponca Playhouse, and recently sponsored the first formal dinner in the Marland Mansion in 75 years. Pickens is founder and Executive Director of Pickens Art Museum with locations at Northern Oklahoma College in Tonkawa, Oklahoma, City Central in Ponca City, and Pickens Gallery at Woolaroc. Pickens can be contacted at hughpickens@gmail.com. Pickens is a covid survivor and a stroke survivor.

I have a degree in physics from SUNY in 1970 and have worked in science and technology my entire career. I have held such jobs as Geophysical Observer on a geological survey crew in the amazon jungle, running a portable hydrocarbon detection laboratory on an oil rig, systems engineer for the microwave communications system and supervisory control system on the 800-mile long Trans-Andean Pipeline, independent contractor to Collins Radio in 1979 installing, commissioning, and testing microwave repeater stations all over Saudi Arabia, military advisor to the Royal Saudi Navy on naval communications, navigation, and fire control systems (1980 - 84), project engineer, then project manager for Bendix Fields Engineering (later becoming AlliedSignal Technical Services, then Honeywell Technical Services) from 1984 until my retirement in 1999.