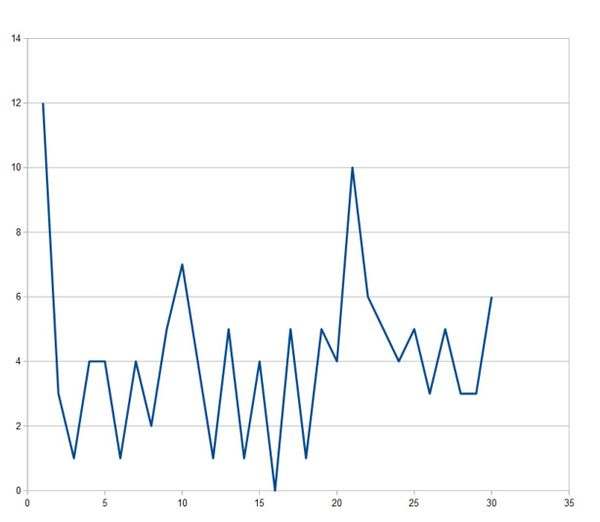 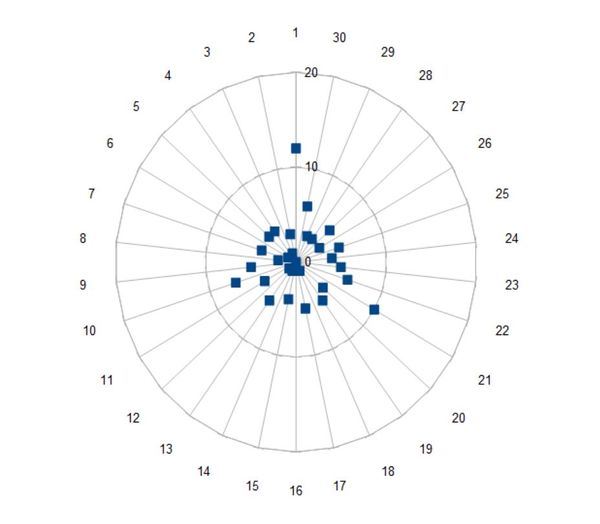 To determine how much traffic we can expect at the museum over different time intervals.

On March 30, 2018 Hugh Pickens investigated the traffic flow along Highway past the site of the future Doctor Pickens Museum of Turquoise Jewelry and Art. Starting at 940am Pickens spent 30 minutes counting the number of cars that passed a fixed point on the highway. Measurements were made a one minute intervals.

Chart 1 shows the number of cars passing a fixed point going west to east along highway 60 past the museum location.

Traffic Map 1: Map of Traffic on major roads in Kay County.
Click on the photo to enlarge.
Retrieved from "http://researchandideas.com/index.php?title=Museum_Highway_60_Traffic_Modeling&oldid=15874"