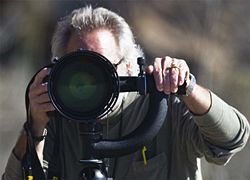 The New York Times is running a story about a woman who says her cat is clearly visible through the living room window of her second-floor apartment using Street View and that she has contacted Google asking that the photo be removed.[1] 'The issue that I have ultimately is about where you draw the line between taking public photos and zooming in on people's lives,' Ms. Kalin-Casey said in an interview. 'The next step might be seeing books on my shelf. If the government was doing this, people would be outraged.' Wired has started a contest on the most interesting photos[2] found using the new Google Tool that now includes sunbathing coeds, alleged drug deals, and the google van itself. 'I think that this product illustrates a tension between our First Amendment right to document public spaces around us, and the privacy interests people have as they go about their day,' says Kevin Bankston, a staff lawyer at the Electronic Frontier Foundation.

There were over 500 comments posted on this topic[1] on Slashdot.

Kalin-Casey...typed in her address and the screen showed a street-level view of her building. As she zoomed in, she could see Monty, her cat, sitting on a perch in the living room window of her second-floor apartment. "The issue that I have ultimately is about where you draw the line between taking public photos and zooming in on people’s lives," Ms. Kalin-Casey said in an interview Thursday on the front steps of the building. “The next step might be seeing books on my shelf. If the government was doing this, people would be outraged.” Google said in a statement that it takes privacy seriously and considered the privacy implications of its service before it was introduced on Tuesday. "Street View only features imagery taken on public property," the company said. "This imagery is no different from what any person can readily capture or see walking down the street."[2]

Christian Science Monitor. "Watch Where You Point That Camera" by Susan Llewelyn Leach. May 23, 2005.

If you pull out a camera on a New Jersey train, you will have company - law enforcement company. If you size up a shot on the New York subway, you'll probably be questioned by security and told to keep the lens cap tightly on. Even if you plan to snap some innocuous bank building from a public sidewalk, you might find guards telling you it's not allowed. "If you're standing on public property, you can shoot anything the naked eye can see," explains Ken Kobre, professor of photojournalism at San Francisco State University and author of one of the seminal textbooks on the subject. What you can't do, he says, is use a telephoto lens and take shots through office windows or into private residences, where people would have a "reasonable expectation of privacy." That would be like eavesdropping or surreptitiously taping someone, he says.[3]

If you've been playing with Google's new Street View feature--that $25 billion time suck--you may well have wondered how the heck they took those 360-degree images while driving down the street. Here's the camera used by Immersive Media for Google's Street View images.[4]

Other Stories about Google

Please add suggested references and comments about this story on the discussion page.

BTW - here's where you can find the Cat in the Window.

The Transparent Society by David Brin

About this Web Site 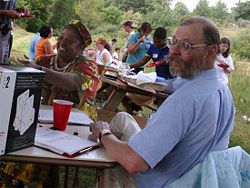 My blog entry on why I enjoy writing for Wikipedia.

This is an experimental Wiki to investigate internet-based cognitive tools.