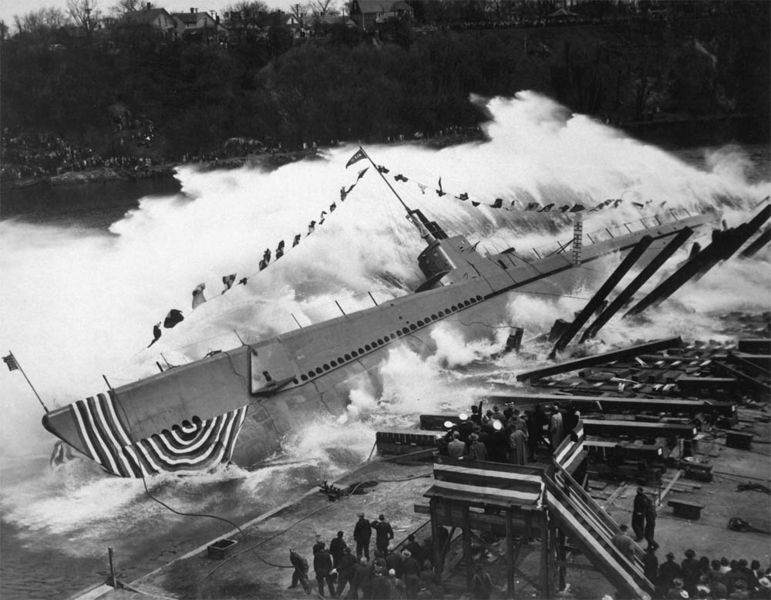 The USS Robalo is launched at Manitowoc Shipbuilding Co, in Manitowoc, Wisconsin about 80 miles north of Milwaukee on May 9, 1943. The US Navy had a big concern with the side-launching method necessary at Manitowoc because the river was too narrow to allow ships to be launched by sliding them down stern first, the more traditional method employed elsewhere. However this had been the method used for as long as ships were constructed at Manitowoc and company officials had few doubts about this type of launch. To ease the Navy's doubts, a special scale model and launch tank was built to duplicate the exact launch. Some of the Navy's early concerns were that the submarine would roll over. The concluded test results removed any doubt.