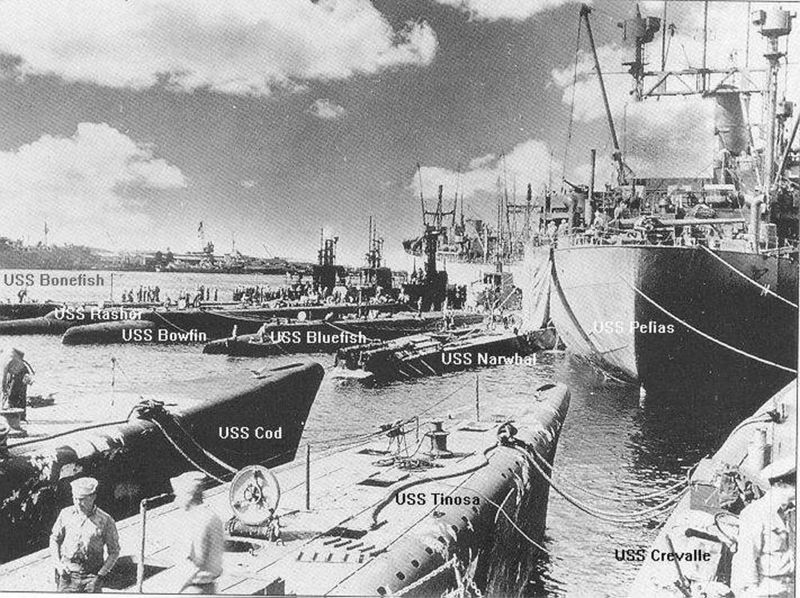 The Submarine base at Fremantle, Australia showing the Sub Tender Pelias surrounded by her sub charges. The Robalo left Fremantle, Australia on June 22, 1944 leaving on her third and last war patrol. On July 2 a contact report from the Robalo stated that she had sighted a Fuso-class battleship with air cover and two destroyers for escort just east of Borneo. No other messages were received from Robalo and when she did not return from patrol, she was reported as presumed lost.