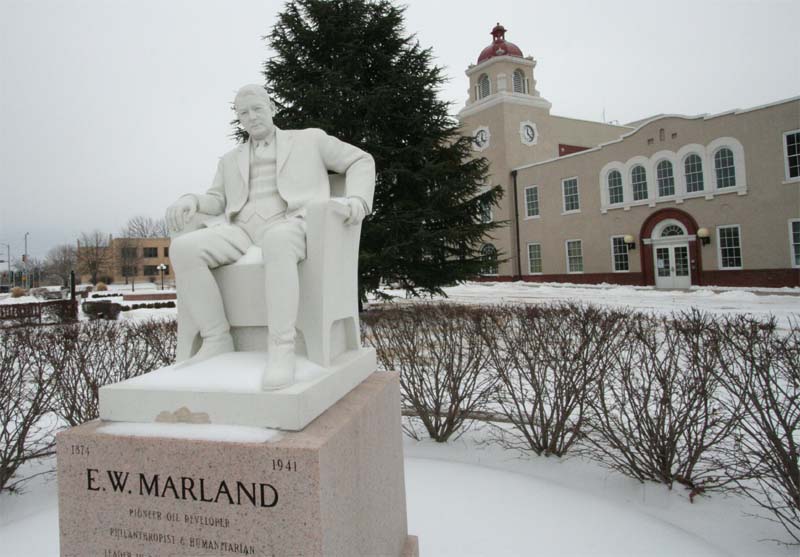 In 1908 E. W. Marland came to Oklahoma after losing his fortune in the Pennsylvania oil fields in the panic of 1907 and by 1920 had reestablished himself and started the Marland Oil Company in Ponca City with a fortune estimated at $85 million (roughly $910 million in modern dollars). Marland was a visionary and not only pioneered the use of geophysical techniques in the oil industry but was years ahead of his time as an employer providing housing, loans, medical care, and other benefits for the thousands of employees who worked at his refineries and pipelines.

But misfortune would strike Marland and in 1928 his oil empire was destroyed by J.P. Morgan's banking interests. Marland was forced out of the oil company he had founded when bankers merged it with Continental Oil Company and renamed the company Conoco.

The following 8 pages use this file: