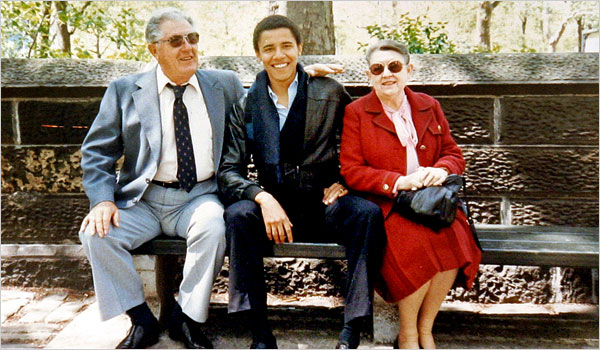 Barack Obama with his maternal grandparents, Stanley and Madelyn Dunham in the early 1980s when Mr. Obama was a student at Columbia University. Barack Obama's grandfather Stanley Dunham, grandmother Madelyn Dunham, and mother Stanley Ann Dunham lived in Ponca City from 1948 until 1951. Click on the photo to enlarge it. Photo: Obama for America